Chinese New Year - Why is the Date Always Changing?

Have you wondered why China's Lunar New Year celebration is never on January 1st and changes every year? That’s because instead of using the Gregorian (solar) Calendar with 12 months and 365 days a year (366 every leap year), China also use a different type of calendar for their traditional festivals— a lunar calendar. A lunar calendar is based on the cycles of the moon phases. More specifically, Chinese calendar is a lunisolar calendar. With similar months based on lunar cycle, lunisolar calendars also include intercalation (insertion of a leap day, week or month into some calendar years) to bring them into general agreement with the Gregorian calendar. So, in this sense, when 12 lunar months are up, here comes the Chinese New Year! As you could figure, there will always be a gap between the Chinese New Year and the ordinary January 1 New Year because the Chinese New Year date is different from year to year.

Another fun fact is that in China a lunar month is always 30 days. So, that means 12 lunar months only adds up to 360 days. To remedy the difference between the Gregorian and Lunar calendars, a leap month is added to the Chinese calendar every six years. This is also called leap year,  and there will be two Junes, one to be the leap June and the other one the ordinary June. Interesting, right?

It's important to mention that many Asian countries also celebrate the Lunar New Year, but I am not aware if they follow the same lunar calendar as China. So I can only speak to the event based on my own cultural perspective as a Chinese student.

So, you may also wonder what do people do in China to celebrate the Lunar New Year. Would Chinese citizens do the same thing as what you would see in Chinatown in New York City or San Francisco, like the dragon dance, etc.? The Answer is yes and no. Yes, because in southern China, especially the Canton area, which includes Hong Kong, people do those things. This is because when they came to America as early Chinese Immigrant settlers, they brought with them a lot of those Chinese traditions. However, the other parts of China they might celebrate the Chinese New Year in a different way. For example, the people from northern China would make dumplings together as a family for Chinese New Year. You might think dumpling is a Chinese New Year tradition, but the truth is that only people from North would have dumplings for Chinese New Year.

No matter how would you celebrate the Chinese New Year through, the core concept is the same all through China: Family Reunion, it is all about family being together. 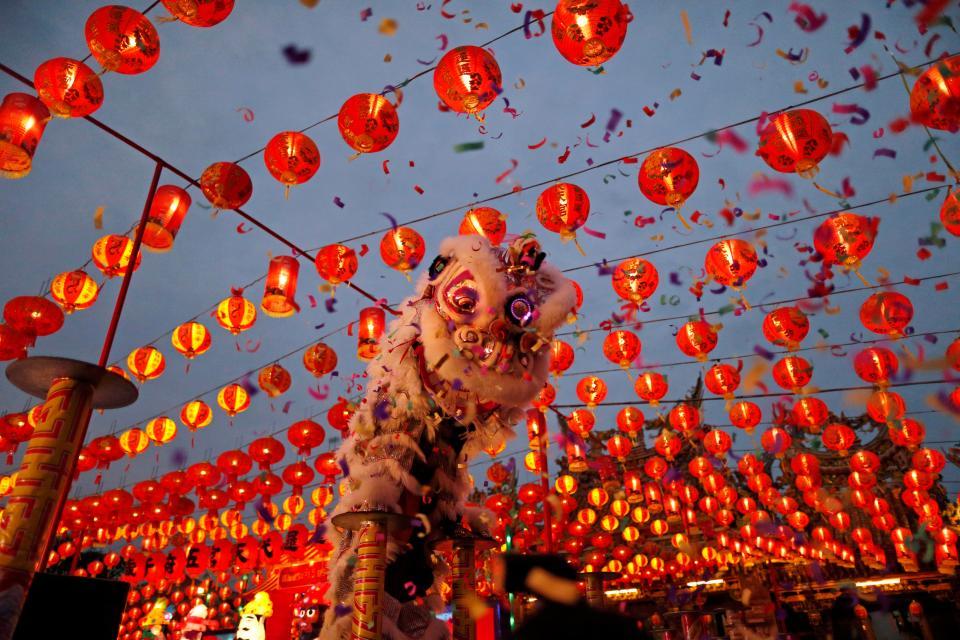 Here is a link to the Gregorian-Lunar Calendar Conversion Tables:
http://www.hko.gov.hk/gts/time/conversion.htm


Written by Kehui Zhang, Master's student from China
Posted by Kelly Wagner at 11:23 AM 6 comments: