Why You Should Care About Michigan Football

If you come from anywhere besides North America, the mention of “football” probably brings up teams like Manchester United and Chelsea in your mind. But don’t worry about that; soon you’ll program your mind to call that sport “soccer,” and “football” will be the sport where men wearing padding charge into each other while passing an oblong ball. You will see it being showed in almost every restaurant and TV screen that is around. You will hear true Wolverine fans bashing Ohio State and MSU (Michigan State University). Even if you came here not knowing a thing about how the game is played or how many people are on a team, chances are you will leave Ann Arbor having Michigan football t-shirts and knowing who the quarterback is.
I was just like that, coming here insisting that “soccer” is the real “football” and thinking American football was just a rebranded rugby. Little did I know that the University of Michigan has one of the strongest college football teams in the country. I was amazed that our football games were aired on TV, and that people from all over the States, old and young included, were watching and supporting our football team. If that doesn’t amaze you, here’s a fact that will: Ann Arbor hosts the second largest stadium in the entire world! 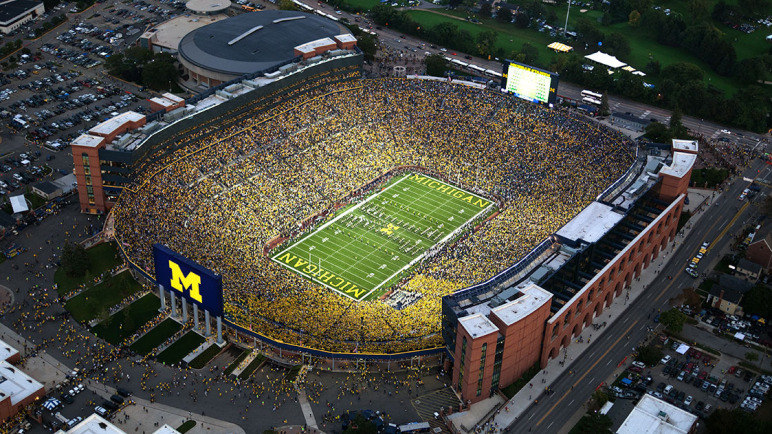 So, why should you care about Michigan football? That’s because football is everything here. Wolverines are extremely proud of their football team and especially their coach, Jim Harbaugh. It’s all people ever talk about during Game days. It’s a topic that brings people together. If you ever run out of topics while meeting new people, just the mention of last week’s game will get the conversation going on and on. Even professors talk about it in classes. Once a season is over, Wolverines are already looking forward to the next. People in Ann Arbor breathe and bleed Michigan football.
I personally don’t keep up to date with any sport at all; but there’s one team that I will sit in front of a TV and watch the entire game – the Michigan Wolverines football team. From not knowing about what a field goal is, I can now tell what causes a foul and what is an interception. I find myself cheering with the rest of the crowd every time our team scores a touchdown, and I became upset at the referee when we lost to Ohio State.
Even if you have no interest in sports at all, I strongly recommend that you attend a Michigan football game at the Michigan Stadium. The sea of yellow that consists of 110,000 people singing “The Victors” and cheering on our team is more than enough reason for you to try it out. You can get students tickets for a low price of $25 per ticket. And don’t forget to get yourself a maize-colored t-shirt at the M Den before the game!

Posted by Jake Koelzer at 8:59 AM No comments:

The Game Plan for Your Stipend BEFORE You Arrive 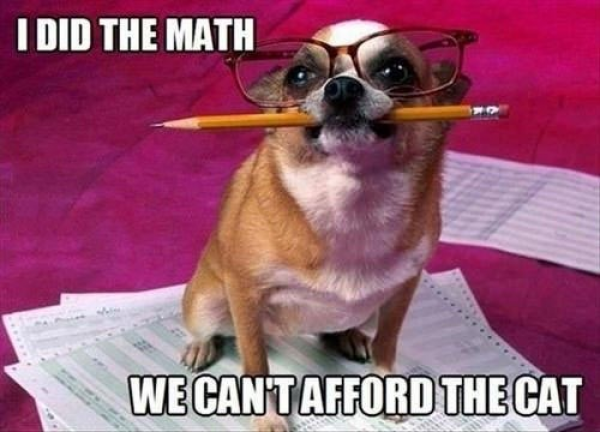 We come from all sorts of financial backgrounds and budgeting experiences. This may be the first time you’ve started paying for rent, phone bills, and groceries; or you may have been financially independent for years. My department had a financial consultant present during the first week of September when we arrived, and that was a real eye opener to budgeting on this stipend. You have many things to keep you busy in grad school – stressing over your finances should not be one of them!

Have no fear! Graduate students at the University of Michigan have one of the best funding packages in the country – we just have to budget accordingly. Saving money will become habit after a little bit of effort and practice. We all can do it, and so can you.

Before you arrive in Ann Arbor, think about what is important to you to have a comfortable and happy life here. Do you prioritize having a really nice space to come home to? Do you prefer going out to eat on a weekly basis? Want to save money to travel each summer? I chose to have a really nice single bedroom apartment during my first year in Ann Arbor. After, I realized I prefer having company and will be living with roommates in my second year. Things can change (and now I am saving money by living with roommates)!

Go over your contract from the University of Michigan and figure out what you can afford on rent. This is the biggest expense, and you’ll want to subtract it from your stipend to see how much it cuts into your pay. Then, figure out what other monthly and unchanging expenses you will have, such as cell phone bills, and subtract that too. With the remaining amount, you can divide by the weeks in the month so you know your weekly budget for food and other things.

Once you are in Ann Arbor, keep every receipt and write out what you spend your money on for the month. Sort it by categories (e.g., food, rent, personal, etc.) At the end of the month, subtract this amount from your stipend. Did you go over your budget? Did you save? Tracking what you spend gives you an idea of where your money is going. Beware of little expenses; a small leak will sink a great ship.

Save as much as you can to have your money float over into the next month, because there are always unexpected expenses, gaps in payment dates, and substantial decreases in pay over the summer. You can apply for Rackham Emergency Funds and departmental funding for some emergencies (e.g., flying out to a family funeral, laptop repair). Monthly spending will fluctuate: in September you may be working so much that you don’t spend anything, and let’s not forget December when buy presents for all our loved ones (who are hoping for University of Michigan apparel). A budget is telling your money where to go, instead of wondering where it went.

Posted by Jake Koelzer at 8:53 AM No comments: