Looking out of the plane window, I could only see the sidelight on the plane wing sparkling lonely in the dark night. I would usually sleep through international flights, but right now, I couldn’t. That side light seemed to have some magic to keep my eyes on it. I was nervous and afraid, though. It was not that I hadn’t been to the United States before, but that it was my first time to be here on an F-1 visa. That night, I made it to the campus for the first time with my two big suitcases, alone and tired. The next day, contrary to my lonely arrival, my roommate arrived with his whole family, carrying all the necessities and setting up the place for him. They are all friendly people; they even invited me to have lunch with them, but when the conversations became question and answer format, I started to feel uncomfortable and embarrassed. I still envied him a little bit, though, as I also wanted my family to be here to congratulate me on starting life in college. Suddenly, I realized how much that sidelight on the plane resembled me. We were both finding our ways through the dark night alone, and that dark night for me was the next four years of uncertainties in the American higher education system as an international student.

Professors were helpful and classmates were friendly, but the cultural differences seemed like a transparent wall between me and my American classmates. The sense of loneliness appeared now and then during the very first few months of my freshman year. It was not until I engaged more in different events and communities, that I realized if I wanted to make the most of my college experience, I needed to step out of my comfort zone. Luckily, since universities provide international students with resources to foster communities based on shared values, and students are also interested in cross-cultural communication.

I spent my freshman year at UT Austin, and during this year I realized that I needed to step out of my comfort zone to embrace American culture and have a diverse social group. Texans are hospitable and lovely people, but there were just not enough topics between me and my classmates apart from homework and classes. I could not remember how many times I tried to start a conversation with a classmate, and it became a Q&A. “Did you do the homework last night, Jack?” “Yeah, it’s really hard, man. It took me a long time on question 5, the football game probability one.” “Yeah, That’s a challenging question. Talking about football, are you going to watch the game this Saturday?” “Probably not.” I smiled to cover the embarrassment of the silence. Since I was not a football fan, I just missed the most common topic in daily conversations. Sometimes my American friends might laugh at a joke, while I totally did not get it, since many things which may seem common sense to them in daily life were all new to me.

At that time, almost all my social groups are made up of Chinese students. There are studies in related areas showing that this phenomenon is actually widespread among international students. “Different is not deficient: contradicting stereotypes of Chinese international students in US higher education” was written by Dr. Tang Heng, in which he kept track of 18 Chinese undergraduate students studying at a US university to reveal the various challenges they might encounter and how they dealt with those challenges. “A little over half of the participants articulated that it was a challenge grappling with unfamiliar sociocultural content because they did not grow up in the USA.” I couldn’t agree more on this point. Stay with Chinese friends all the time did let me feel comfortable and supported, but since I chose to come to the United States for college education, wouldn’t it be more beneficial for me to have a more holistic college experience with diverse student groups on campus, rather than getting restricted with a small social group?

Then one day, I happened to learn about a project team called the Longhorn Racing Electric on campus, that built an electric race car annually to go into the FSAE competition. There seemed to be a voice in my heart telling me to give it a shot, since I loved cars and I also had previous experience working on an automobile team back in high school. I was looking forward to building not only cars, but also friendships. It was a brave move for me, since I knew no one on that team, and I was still not so confident about my oral English at that time. I can still remember the nervousness on my first workday, when I deliberately wore jeans and boots to look more like local students, but the icebreaker that day pulled me closer to other people on the team. “Hey, Jack. What dorm do you live in?” “Creekside.” People started laughing. “Oh, man. Sorry to hear that!” Of course. My dorm was the most isolated and the only all-male one on the far east campus. People’s laughter eased my nerves and gave me confidence, for it looked like I could start small talk with non-Chinese friends. Topics then shifted from dorm life to cars and F1 races, as people on the team were all passionate about automobiles. Andrew was a sophomore and he was my group leader. There seemed to be endless topics between us. We shared the same dream car: Mustang, and we were both people who looked cool on the outside but funny inside. He was my “mentor” in the team on workdays, but on other days, I would hang out with him and his social group as a friend, not a mentee. He was the first American friend I really bonded with, not those with whom I did homework, but the ones that I would go to see a movie. Some people may ask what’s the point of stepping out of the comfort zone. I would say the most significant change in me was that I began to have confidence in my oral English, and I like the feeling that people took me as an ordinary student who has his own interests and passions, and not a “unique” international student who they could not even laugh at the same jokes with. 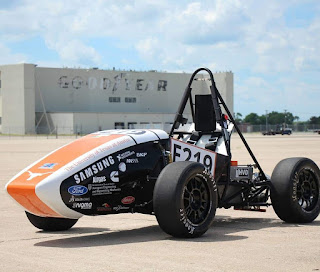 Special programs for international students conducted by the universities can help international students share their own values and foster a campus of diversity. When I transferred to Michigan, I started to learn about diverse programs specialized for international students on campus offered by the U of M International Center. In fall 2019, I participated in the MEAL program[Meet, Eat, and American Life], which is a program where staff members host international students at home for dinner. Rebecca, who works at the English Language Institute hosted me and a South Korean student, Jeon. When I arrived at her place, I was surprised to find out that our dinner would be the Chinese hot pot. It never occurred to me that we would have Asian food for dinner; my top two guesses were burgers and pizza. “Yes. I know what you are thinking. I didn’t prepare the typical American food because it is not healthy. Personally, I prefer Asian food.” I felt amazed. The hot pot she chose made me feel like I was eating at an old friend’s house; the uneasiness went away instantly. To be honest, I had no idea what we would talk about during the meal before I went there. After introductions, we started to talk about daily news and related social backgrounds. Rebecca’s husband was such a humorous guy that I felt like I was watching the Daily Show (an American late-night talk and news satire television program) in real life. We discussed the Texas El Paso massive shooting, and the importance of guns in the American culture, which I did not know about before. Jeon and I also shared the roots and regulations of firearms in our country. Topics changed various times, but we were all able to share and gain points of view. Of course, our dinner ends with jokes about Mr. Donald Trump. The spicy food in the hot pot not only warmed our body and let us sweat in this cold winter, but also heated us inside. I felt the warmth in my heart because I was proud of my own identity as well as the community of U of M which gave everyone a chance to share their personal stories and values. I was glad about the dinner, for not only did I know better about the history and culture of the country I was staying for my college education, but I also had a chance to share mine. For a moment, I felt like I was back home, eating hot pot with my family and having heated conversations about news and funny stories. As the International Center website stated: “Our vision is to foster a global campus where through mutual understanding and respect, all U-M community members transform and grow together.” I indeed agreed that those programs could provide a platform to foster cultural communication, which leads to mutual understanding between international students and other students and staff on campus. Those programs conducted by the International Center may seem only to address a part of the students, but it actually helps to build the shared values for all communities on campus, which is crucial. 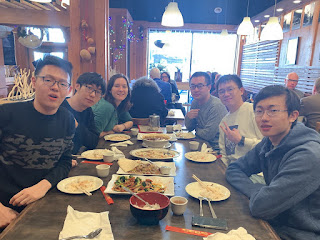 International students on campus can also foster cultural communication, which can open up new opportunities for people who are interested in exploring different cultures. I joined another program for international students this fall, the English Language Institute’s Conversation Circle. I was trying to improve my oral English, and that was my initial purpose. After I met Zoe, our conversation circle group facilitator, I knew this program would go beyond mere practice for oral English. When Zoe knew I was Chinese, her introduction amazed me. “你好，我的名字叫做Zoe。” I had no idea that she could speak Mandarin Chinese. It turned out that she had a passion for international relations and Chinese culture. She had even just come back from China two months ago as an exchange student. At that moment, I knew that the Conversation Circle this semester would be fun, for I was more than eager to share my past eighteen-years of life in China with my friends, but I was worried that they might not be interested in my stories. I was also expecting to learn more about American culture. At our meeting in the last week of October, Zoe introduced the Halloween traditions to us. I learned that Halloween originated as a religious event. She even brought small pumpkins for us to make into Jack O’ Lanterns. We were then asked to share our traditional festivals in our countries. It was no surprise that Zoe knew about the festival I introduced, the Qingming Festival, which is a festival to commemorate our ancestors. In these organizations, international students can bring in first-hand cultural stories for those who are curious about them.

As international students, we need to step out of the comfort zone, take advantage of special university programs for us to make the most of our own college experiences, and foster cross-cultural communication and mutual understandings. Last night, when I was walking back home from the Shapiro Library, the dim street lights illuminated my way home. Suddenly, I realized that I had never been alone. Those lights were just like my friends, teachers, and all those school programs, pointing the directions and giving me support along the four years of my college life.

This piece was originally written for Jiazhen's first year writing seminar at U-M in Fall 2019.
Posted by Kelly Wagner at 12:20 PM 2 comments: