University of Michigan Beyond Ann Arbor 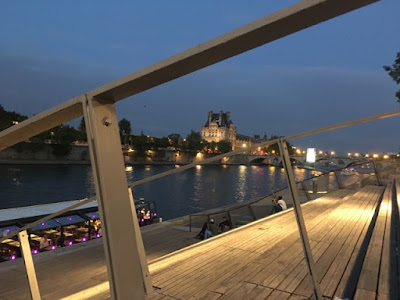 For sure, Ann Arbor is a perfect place for living and studying. You will have one of the best universities and one of the best Christmas markets here at the time. However, University of Michigan can go beyond the nice town. With the help of Center for Global and Intercultural Study (CGIS), you can learn new knowledge with new buddies in a new environment!

Participating in the exchange program between University of Michigan and Sciences Po – Paris, I spent the past autumn in this beautiful, fashion, and historical city. Reading by the riverside of Seine, you will be able to feel the charm held this city. Truly, Paris, as a metropolitan, has heavy traffics and large population. It’s not as silent as that in Town. However, the gentle wind in evening should be enough to calm you done and get you ready for another busy day.

The education here is a little bit different compared to that in Ann Arbor. For exchange students, most courses only have a two-hour lecture per week, together with tons of readings. Furthermore, the professors here usually don’t hold regular office hours. Most professors prefer appointment by email to setting regular. Therefore, most of the time, you are on your own!

Being a university student here has great advantage for those who love paintings and sculptures. With your student ID, which shows you are a university student in the border of European Union, you can enter the museums, for free! Finally, if you decide to spend your fall semester here, you for sure will encounter the annual European Heritage Day. On European Heritage Day, the French presidential residence, Élysée Palace, will be open to the public during the weekend. Usually people start to wait in line from 6am, though the opening time for tour is usually 9am, in order to utilize this two-day period of special offer. 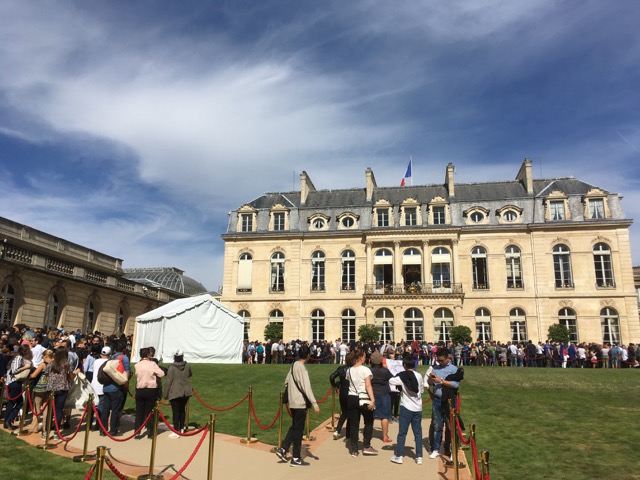 Germans love to eat Christmas cookies during the Holiday season. One of the most popular German Christmas cookies are Zimtsterne (cinnamon stars). These cookies are almost entirely made out of ground nuts (almonds or hazelnuts), which makes them a tasty and naturally gluten-free Christmas treat. Additionally, Zimtsterne are easy to make and their star-like shape topped with white frosting makes them a festive addition to your table.

I translated an authentic German recipe for Zimtsterne (see below). You should definitely try these cookies out this Christmas season! Beat the egg whites until they are stiff and then gradually add the powdered sugar (sugar should be sifted). Save two tablespoons of the beaten egg whites in a separate bowl (this will be used to glaze the cinnamon stars in the end). Mix the remaining beaten egg whites carefully with vanilla sugar, rum extract, cinnamon and half of the nuts. Add the remaining nuts until you get a smooth, non-sticky dough.

Put some powdered sugar on the counter top and roll the dough to 1 cm (0.5 inch) thickness. Cut out the stars (you can use a standard cookie cutter) and put them on a cookie sheet lined with parchment paper. Glaze the cinnamon starts with the leftover egg whites (it works best if you use a knife) and bake them at 140 C (280 F) for 25 min (place rack low).

The cinnamon stars should be a little soft when taken out of the oven. Let the cookies cool and then store them in an air-tight container.

Blog post by ICSC Member Fabienne Birkle
Posted by Kelly Wagner at 7:20 AM No comments:

Growing up in Thailand, I have always associated November with Loi Krathong, also known as Festival of Lights. This festival happens during the 12th month of the Thai Lunar calendar which often falls in November. Although this festival has an ancient religious background, it has captivated the attention of many people regardless of their origin or beliefs that many foreigners would visit Thailand for this festival.

Each year thousands of people gathered together to light the lanterns and floating krathongs. The krathongs are made of banana trunks, banana leaves, flowers, candles and incense sticks. There are many theories of why this practice originated, but the popular theory is related to the agricultural culture in Thailand. Since agriculture was crucial in people’s lives, rivers were also very important. Hence, these practices originated from the efforts to pay respect to the river goddess. It is also believed that people floated lanterns and krathongs to ask for forgiveness and let go of sins of the past year to prepare for a new year.

Personally, I have a vivid memory of this festival in relation to my high school proms. One of the proms I attended happened to be on the day people lit the lanterns. The prom was held in a room with large glass walls throughout the room. As I was dancing with other people, I saw the millions of lanterns glowing in the night sky through the glass walls. I remember being mesmerized by this experience. Although I now associate more with Thanksgiving during November, this festival will always take a special place in my heart.

Blog post by ICSC Member Yena Song.
Posted by Kelly Wagner at 8:03 AM No comments: