Tea, Chai, or All the Same?

In my home country, Kazakhstan, we drink tea three times a day – with breakfast, lunch, and dinner. Tea is not considered as an energy drink there and probably it has become an essential part of our culture. Family gatherings, hanging out with friends, even business meetings – they are often accompanied by a cup of tea, although we don’t have specific traditions about it like, for example, famous tea ceremonies in Japan. Interestingly enough, tea in Kazakh is “shai” and in Russian is “chai”. 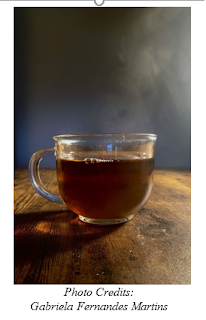 When I came to the US, I was not surprised to see that the population in general doesn’t consume much tea and prefers water or, if needed to wake up, coffee. What surprised me is to see the word “chai” in many places in their menus and to find out that it is considered here different from tea. However, after I did some more digging into that, it turned out still to be tea!

Chai is usually attributed to Indian culture and is usually spiced black tea with milk – hence, probably, a different name here. But then I asked some friends from India – for them tea and chai are also same! Here, I also want to add that tea with milk is also very popular in Kazakhstan, but yet – it is still called tea there! And it is also mostly black tea (other types such as green, white, etc., were not common until recently), but we do not usually use spices.

There is the whole article on Wikipedia about etymology of the word “tea” and from there you can actually get to know that “tea” is very much connected to “chai”. Moreover, you can find there how many derivatives just a single syllable (either “tea” or “chai”) produced across the nations since tea’s worldwide spread.

Despite any challenges or exams, keep calm and have some tea!
Blog post by ICSC member Alisher Duspayev
Posted by Kelly Wagner at 8:18 AM No comments: